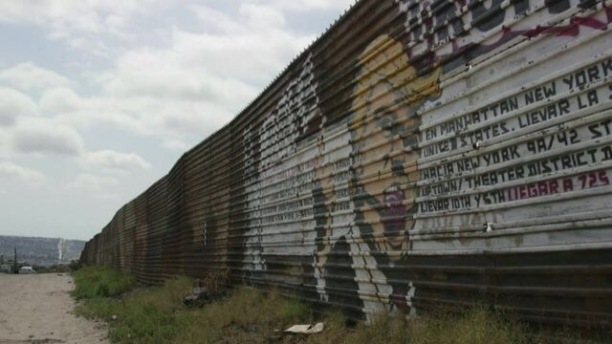 We have a big problem –
big, big, big. I have complete
power. 1.6 billion to build

a wall. Nobody can build a wall
like me. Part of the beauty of me
is I’m very rich. It doesn’t matter

what the media write as long as you’re rich
and you’ve got a young and beautiful
piece of ass you can grab by the pussy.

we need the nukes. North Korea is bored,
nothing to fear. He didn’t do the shot.
I did the shot. Don Jr is innocent –
Ivanka is hot. I’d date her

if I wasn’t her dad. Sad! American might
is second to none. China should make
a move. Let Obamacare fail. My company
is extremely successful.

The Russians don’t meddle. Comey, Sessions,
and Mueller – all traitors. I have no mafia ties.
A media witch hunt. Extremely unfair. Investigate me?
You’re fired! I know the bad people. Believe me,

do I know bad people. I know a lot.
Nothing changes. The White House is functioning
perfectly. I guarantee you there’s no problem.
I guarantee.

Originally posted by FeminismTips at Medium.com

The notoriously shallow, fairly bro-focused site College Humour has produced a viral video entitled ‘Sexually Enlightened R&B song’ featuring a black heterosexual couple, both stereotypically attractive, in which the man serenades the woman with a standard-composition 90’s R&B tune about having a fair and equal sexual encounter with her that evening. At face value, this content should not be at all humorous, but I found myself laughing out loud, not at the ideas being shared, but at the ridiculous thought that a mainstream cultural product would ever seriously espouse such blatantly feminist values from the mouth of a man.

I liked it and laughed despite the basing of the piece upon clearly heteronormative, liberal feminist views (not the radical queer intersectional feminist approach I try to take. As I commented to my friend, hard feminist porn producer Nikki Swarm, it’s important for the singer to clarify that although his woman is experienced, she is not a ho, because it would be going too far to — gasp — humanise sex workers! and they are getting married, so clearly she can’t be a ho! I disagree with versions of feminism where some women do not receive feminist protection, where those who have made ‘bad choices’ about themselves and their bodies, including sex work, casual sex and abortions are demonised, and the line between good and bad girls is tightly upheld. Instead, I believe that everyone has the agency to make their own choices under structural systems in which the options for oppressed people (in this case, make money from sex work, be in debt and unemployed, or work shit jobs and make peanuts for hard, stressful labour) are all problematic.

Nevertheless, despite all this, the feminist principles articulated in the song were still far enough from the androcentric social norm around heteroromantic, sexual and intimate relationships to be highly unusual, and worthy of attention. The ideas it introduces, such as sexual reciprocity (‘I’ll go down on you / You’ll go down on me) and a woman having a healthy human sexuality (In my opinion / your sexual liberation / is healthy and normal / and makes you human), as simple and pedestrian as they should be, are presented as alien to the misogynistic norm, so far-fetched and impossible as to be funny. END_OF_DOCUMENT_TOKEN_TO_BE_REPLACED

A collection of news items that have made us angry, made us sad, astounded us, and/or ignited our revolutionary fire lately [trigger warnings for sexual assault, murder and violence against women, reproductive and police injustice].

In recent weeks, the online abuse of feminists has made headlines with the bomb, rape and murder threats received by figures such as historian Mary Beard, activist Caroline Criado-Perez, and several female journalists, including Time magazine’s Europe editor Catherine Mayer, Guardian columnist Hadley Freemam and Grace Dent from the Independent. In response, liberal white feminist Caitlin Moran has been campaigning for “all pleasant people”, as she calls them, to refrain from tweeting today, August 4, 2013, as an act of protest against this abuse.

We have many qualms with Ms. Moran’s particular brand of feminism – namely, that it is ablist, transmisogynist and silencing of women of colour. However, our refusal to participate in the #twittersilence campaign is not motivated by personal dislike, but on principle. As many tweeters have said in the past couple of days, our silence is exactly what the trolls – including members of the otherwise anti-establishment organization Anonymous – want. Their hateful abuse is flak directed at feminists and women speaking out against the sexism they are experiencing and observing in the world around them. As explained by Rhiannon and Holly at the New Statesman, rape threats in particular say “shut up, because you’re a woman” to women who have spoken, and “don’t speak, because you’re a woman” to women who might want to speak in the future. [Trigger warning for that link.] But we will not be silenced.

Online as in real life, our ability to speak out and indeed, our commitment to #shoutingback is one of our most powerful weapons, and we will not have it taken from us.

For more info, including news of Twitter’s pledge to address abuse with a “Report Tweet” button as petitioners have requested, check out this article: http://www.heavy.com/tech/2013/08/twitter-abuse-reporting-bomb-threat-silenc/

A quick roundup of all the sexist shit that’s been reported around the web recently. If you have things to add, leave them in the comments below.

Trigger warnings for statistics and/or descriptions of rape, violence against women, photos of the Nigella-Saatchi incident, and Action Bronson’s disgusting EP cover.