A collection of news items that have made us angry, made us sad, astounded us, and/or ignited our revolutionary fire lately [trigger warnings for sexual assault, murder and violence against women, reproductive and police injustice].

The Realities of Wealth Inequality in the U.S.A.

This video by Politizane on the inequalities of wealth distribution in the United States uses clear and intelligible infographics and accessible narration to reveal that 1% of the population holds 40% of the nation’s wealth. It illustrates what the so-called “Land of Dreams” really looks like for the majority of its inhabitants, and how far the facts truly are from what the majority of Americans think the distribution is like. We suspect a similar pattern would be reflected if this were to be done for the wealth of the entire globe.

Sources are available in the “More info” section of the video. Please post, tweet, and reblog – this information needs to be shared.

via Adam Mordecai at Upworthy.com As Malala Yousafzai has told the media, that second when she was shot by the Taliban in Pakistan changed her life, (it is also changing the lives of others too), Malala has become a very marketable western commodity. My issue is not with Malala, I support and respect her wish of education for all, however (and it shames me to say this being British) I doubt she fully realizes the extent to which she is being exploited by her new “mentors” in the UK.

There is an element of risk to all now living in Pakistan since the US led War on Terror brought internal conflict to the region but there is only special treatment for some of those affected. Why not fly out every child harmed by US drones to the west for the most up to date medical care, there are… 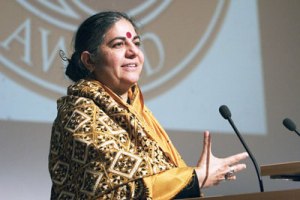 While the Jan 18th blackout was historic, our Internet freedom is still being threatened. It’s not over for SOPA and PIPA and we must Stop ACTA now!