“You Are Doing Racism Wrong” 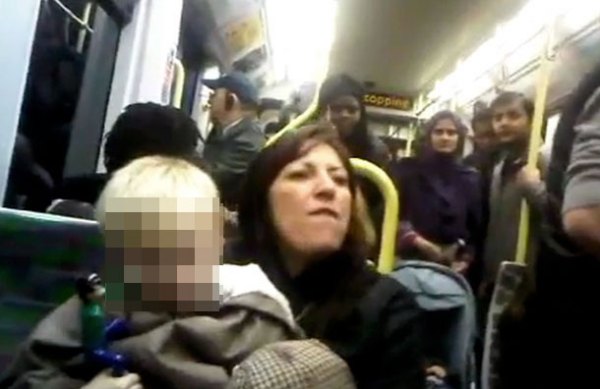 “You are doing racism wrong” – I think this has been the overwhelming British response to #MyTramExperience which was uploaded to Youtube this week. We denounced this woman emphatically; Croydon MP Gavin Barwell told The Voice “Frankly it is people like this woman that the country would be better off without” and journalist Piers Morgan tweeted that the woman should be deported, (what is with this archaic British territorialism?) The reality is the protesting was far more concerned about maintaining the British culture of – well, lets call it diplomacy shall we – than an allegiance to anti-racism.

Emma West was arrested. Order was restored. And we have congratulated ourselves on how civilised we are about these things. Might I remind you it is only just over forty years since Conservative MP Enoch Powell, (a member of the gang governing us now), gave his ‘River of Blood’ speech, in which he addressed the nation with the exact same message as the Croydon perpetrator above. The same year as the 1968 Immigration Act which essentially made this racism a part of government policy. Racism plays a more prominent role in our society than many of us are willing to accept.

The relentless commitment to the personification of racism – that is, conceptualising racism as a single person/action – makes it almost impossible to recognise the complex ways it informs our social reality. We – or you really – are apathetic about race/ism in this country. ‘My Tram Experience’ was trending worldwide. However when there were successive revelations of fraudulence and belligerence in the Mark Duggan case – the man whose murder was the catalyst of rioting across the country this summer – metropolitan police corruption was not trending.

I have not witnessed the same level of national outrage at the unjustifiable deaths of Black men in police custody; or that over the last six years in Haringey, for the 10300 job seekers there have been 352 vacancies1. People lets get serious. I am not impressed that we arrested a woman with visibly poor mental health for her racist ranting. This is all a part of state performance. Emma West was not doing racism right. Our government agencies have shown us there are more efficient and quite frankly less noisy ways of denigrating Black and Ethnic Minority citizens in Britain. Underemployment, housing overcrowding and incarceration have all been working fine so far. Perhaps we would turn our attention to these areas if we were not so caught up in racism through drama.